If you look at a satellite image of Cyprus, you’ll see a large block of green stretching across the southern half of the island, speckled with white. This is the Troodos Massif, a massive plug of igneous rock, now carpeted with forest which, millions of years ago, rose like Aphrodite from the sea. Here, even at the height of summer, you will find cool, pine-scented air, quiet mountain villages and lonely monasteries, sometimes with a bird of prey circling above. This is Cyprus, but not entirely as we know it. 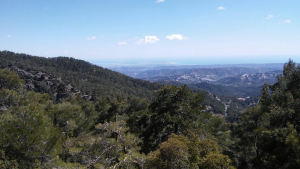 Rich in minerals, especially copper, the mountains have been extensively mined, though otherwise they were for centuries synonymous with isolation and poverty. Conversely, it was this very rugged seclusion that saved the area from the worst excesses of marauding invaders experienced elsewhere on the island. The Troodos became a haven for dissidents and rebels and a stronghold for the Orthodox church, as evidenced by its wealth of monasteries and painted medieval churches. Of all the various rulers of Cyprus, the British made the biggest inroads here, mainly in search of summer retreats in which to escape the relentless heat of the coast.

Today, with villages losing their young people to the coastal towns or even abroad, the Troodos region is relying more and more heavily on tourism. Roads have been greatly improved, and many traditional homes have been adapted into small hotels, restaurants and agrotourism endeavours. And there’s plenty to reward a few days’ stay here – the south-facing foothills are draped in vineyards, with the higher mountains dotted with hiking and skiing trails, and picnic areas in spectacular settings. Declared a national park in 1992, and containing four specified nature reserves, the Troodos National Forest Park contains 750 species of plant, of which twelve are endemic; among its birds and animals are the rare Bonelli’s eagle and the iconic Cypriot mouflon (a species of wild sheep).

Within the park are five distinct areas: the village/resort of Troodos itself which surrounds Mount Olympos (2000m), the island’s highest peak; Marathasa to the northwest, home to the village of Pedoulas and Cyprus’s greatest monastery Kykkos; Solea to the northeast, with Kakopetria and other villages lining the main road to Lefkosia; largely treeless Pitsilia whose main villages are Agros and Palaichori to the east, and Machairas further east still, notable for the Machairas Monastery and the charming village of Fikardou. For the greatest concentration of frescoed churches, walks and picnic areas, hotels and restaurants, go for the first three, for a more laidback taste of the mountains, the last two are best. 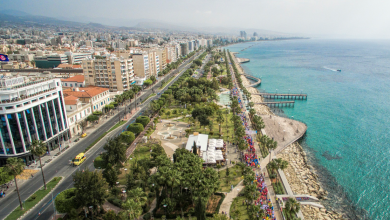 The city of Limassol 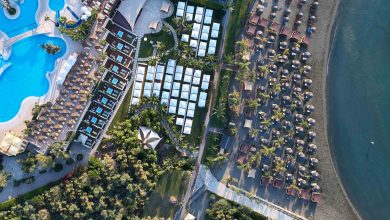 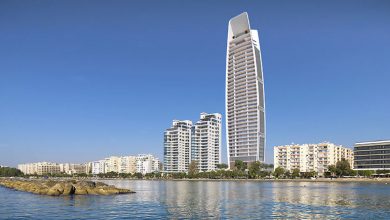 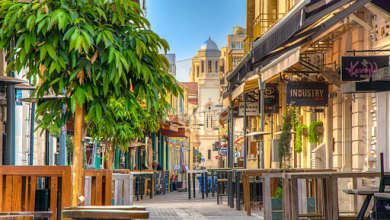